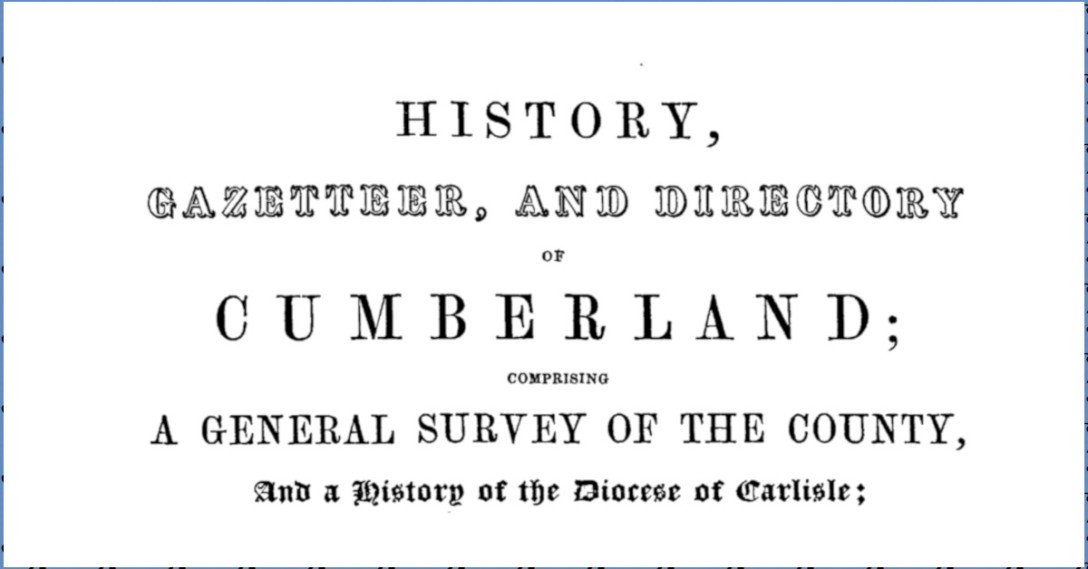 I’ve chosen these more or less at random from the Miscellany section of “History, Gazetteer and Directory of Cumberland – 1847“.*  The miscellany is sub-titled “Comprising the addresses of Clergy, Gentry, Partners in firms, and others not arranged under the Classifications of Professions and Trades.” I assume this means they were regarded as the “great and the good” of the town, certainly seen as individuals worth recording.

My debut novel 'New Beginnings on Vancouver Island' is a historical romantic saga that features Whitehaven in Cumberland and the west coast of Canada, Set in 1854 it is faction based upon a journey taken by my relatives when they signed up with the Hudson's Bay Company to open up the mines in Colville (now Nanaimo). This is my debut novel. My second novel, "The Shackletons of Whitehaven'' is currently a work in progress and will be published this summer. View all posts by Lorna